From bunker to high-security data center

In the late-1960s, a tunnel system was built in the midst of the city of Lucerne. Its purpose was to serve as a large shelter as well as an emergency bunker. 50 years later, ewl turned the civilian shelter complex into an environmentally sustainable data center to house sensitive, critical data for decades to come. Converting the civilian shelter complex reduces gray energy as existing, unused building stock is cleverly repurposed.

A future-proof piece of infrastructure from ewl

As a modern energy services company for the city of Lucerne, ewl provides another future-oriented infrastructure in the form of the Stollen Lucerne Data Center. Its unique expertise guarantees competence and self-reliance. Current and best-in-class utilities and infrastructure service providers hold ewl in high regard as a reliable operator and partner. In addition, as the company supplies its own power and telecommunications services, it has complete control of related processes. Based centrally in Lucerne, hidden from view despite being in the heart of Switzerland, the location is both regionally and nationally easily accessible whilst also enjoying a high level of data security.

Rack solutions for every requirement

The bunker complex lies shielded from the outside world and consists of five main tunnels, each with 200 square meters of floor space for IT, and eight secondary tunnels, so-called private rooms, each with 50 to 100 square meters of floor space for IT. The Stollen Lucerne Data Center is powered via an uninterruptible 2N architecture. The data center’s environmentally friendly electricity, its ability to cool its systems with lake water, the fact its waste heat is fed into the environmentally friendly hydro energy grid, its own carrier-neutral Lucerne fiber optic network and planning to be ‘level 3 extended’ TüViT-certified set this self-financed Swiss data center apart and solidify its reputation as a carbon-neutral facility.

Energy Pricing: In addition to the rental price for the basic infrastructure of the data center, an energy price is charged for the electrical energy consumed. The energy price includes the redundant supply of the servers via two substations as well as the electricity consumption in connection with the cooling and the uninterruptible emergency power supply. For the year 2023, the energy price is CHF 0.29 per kWh. The price will be re-determined annually.

TO OUR RACK SOLUTIONS

Sustainability is a key concern for ewl. The Stollen Lucerne Data Center was designed to be a ‘sustainable data center’, which means that operations are carbon-neutral and are based on highly energy efficient processes. The data center owes its sustainability to the waters of Lake Lucerne, which provide the facility with green electricity and power its cooling system. The waste heat from the data center’s servers is also fed into the green hydro energy network, which in turn is used to heat households in the surrounding area. Converting the civilian shelter complex also means gray energy can be reduced whilst also being a clever repurposing of existing, unused building stock. 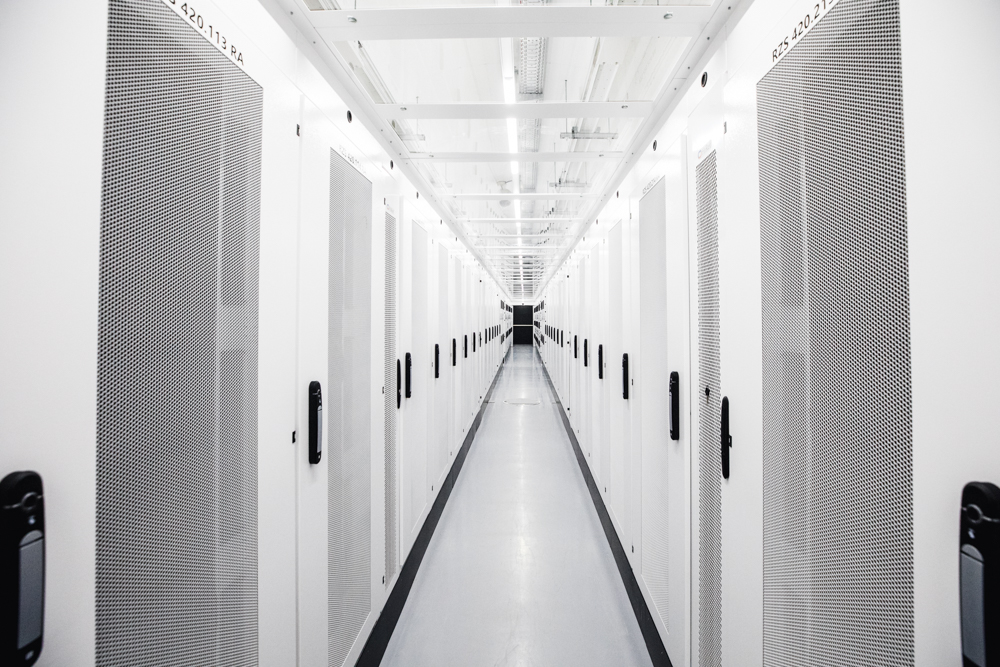